Travelling on the St. Lawrence River 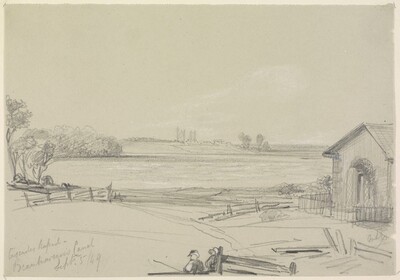 View of the Battle of Windmill Point, below Prescott, Upper Canada, (from the Ogdensburg side of the St. Lawrence) November 13, 1838 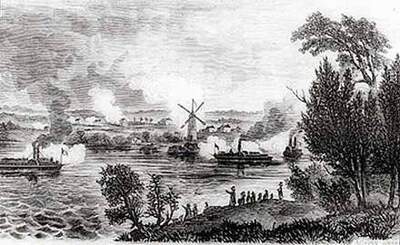 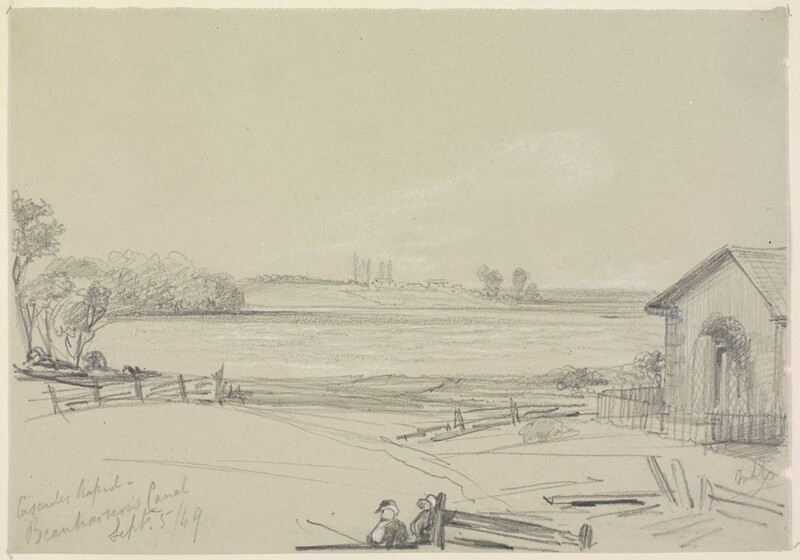 A drawing of the Beauharnois Canal, 1849.  Library and Archives Canada.

From Montreal, Baker travelled down the St. Lawrence River to Lake Ontario.  He wrote at length of the canals, noting in his journal that "we stopped at Bohona [Beauharnois] at which place we commenced passing the Locks of the Ship Canal, of which at this point there were nine.  They were built by the British Government at an enormous cost in order that the river might be navigated at those points where the rapids prevent steamers and other vessels from passing.  It is an immense work, built in the most substantial manner and capable of taking in large vessels.  Our Steamer was 180 feet in length.  They are said to be the largest in the world.  The passing through was exceedingly interesting and we enjoyed it much".    He continued to be impressed by the area, writing the following day that "the scenery continues highly interesting;  the numerous islands, rapids & the current attract the admiration of the traveller". 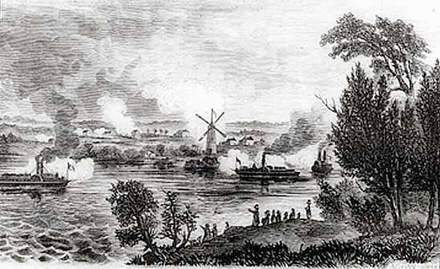 View of the Battle of Windmill Point, below Prescott, Upper Canada, November 13, 1838.   Library and Archives Canada.

An interesting passage from Baker's journal notes Windmill Point, a promontory located about two miles east of Prescott that was the site of a rebel attack in 1838.  He writes that we "passed Wind Mill Point in Canada.  This is a place of much interest in connection with the Canadian Rebelling, it being the scene of a desperate battle between the Canadians and England in which 700 of the latter were killed in 1836.  The buildings were burned by the Rebels and they remain as they were then left, the blackened walls standing as a monument of this tragical affair".   There are a few errors in Baker's account.  The Battle of Windmill Point did not occur until 1838 and the number of casualties were far fewer than 700.