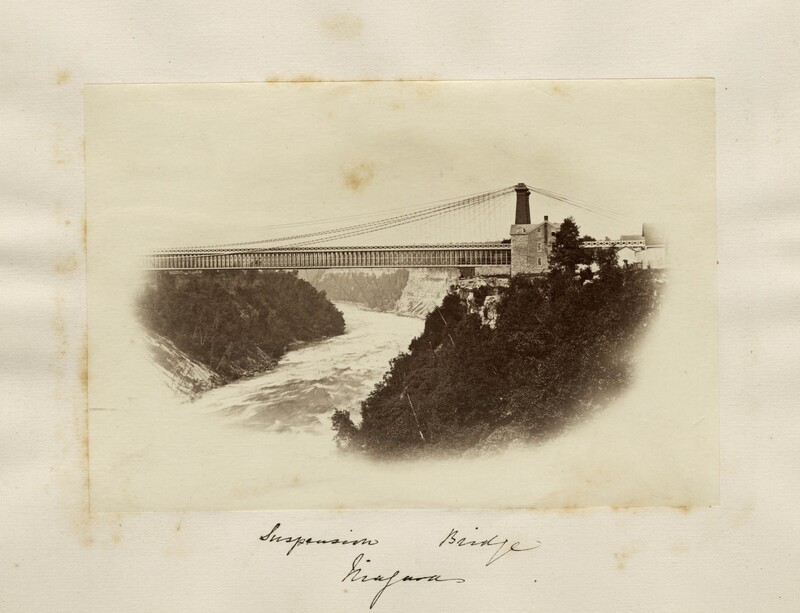 When Stephens Baker travelled through Niagara Falls in 1850 he described the suspension bridge in his travel journal.  He wrote that "We rode to the Suspension Bridge and after paying $1 for the carriage and 25 cents each making 2.25 we sent the carriage on and walked over. The toll seemed to me high, but when we considered that the cost of the Bridge was $190,000 we concluded [it was] all right. The Bridge appears to be substantially secured and is a great work of art. From the bridge we have a tolerable view of part of the Falls."

This was the first bridge spanning the Niagara Gorge.  It opened in 1848 and was designed for carriages and pedestrians, but was rebuilt a few years later to accommodate railway traffic.  The bridge was re-designed to have two levels, the upper level for railway traffic and the lower level for pedestrians and carriages.  The new bridge was opened in 1855 and was known as the Whirlpool Suspension Bridge.

With the success of the Whirlpool Suspension Bridge, many local businesses wanted another bridge to be built closer to the Falls.  Construction for this bridge began in 1867, with the official opening in 1869.  It was known as the Falls View Suspension Bridge. 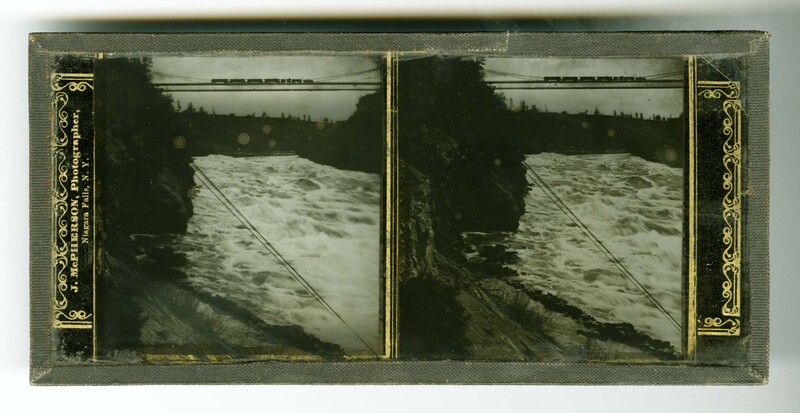 A glass stereo card of the Whirlpool Rapids with a train crossing the Suspension Bridge above, ca. 1861 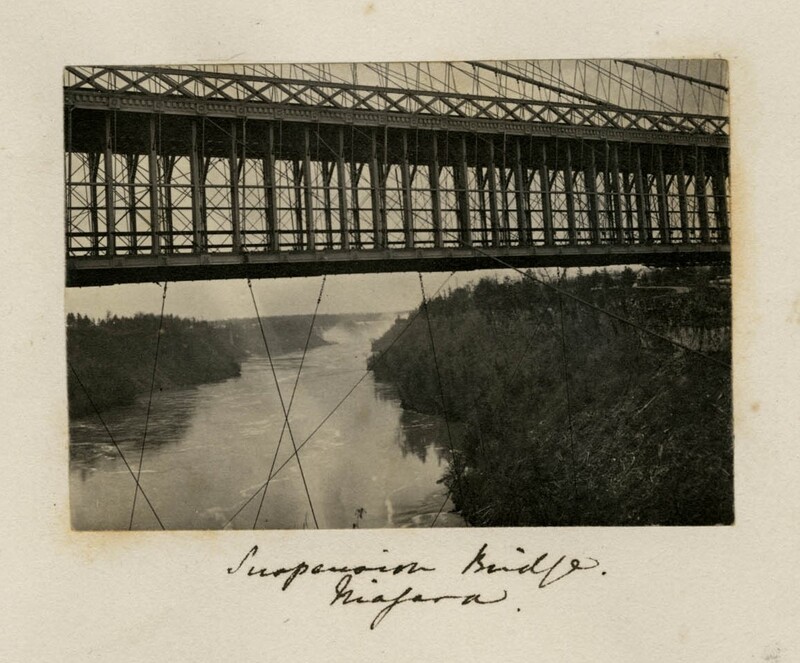