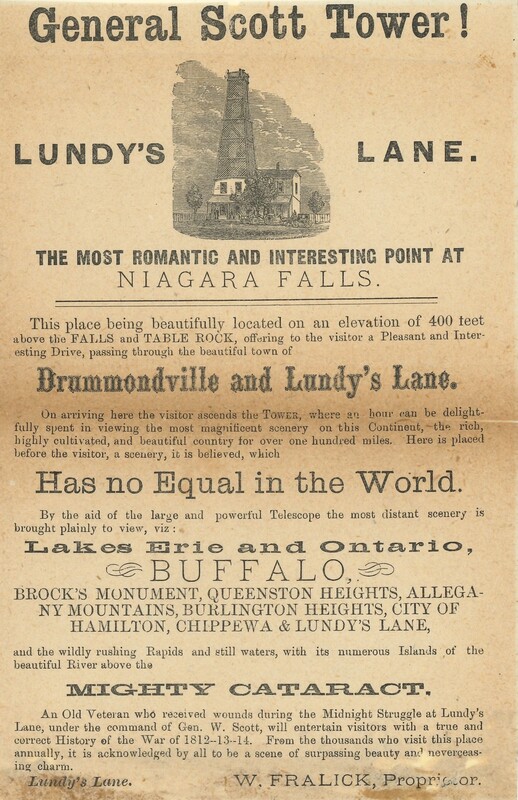 After Baker's trip to the burning spring, Lundy's Lane was his next stop.  He writes "From thence to Lundy’s Lane at which place there is an observatory on the top of which is a survivor of that battle who will show you all the grounds and give a complete history of the Battle at the place, the fee being 20 cents."

Several observatories were built  in the area of Lundy's Lane from about 1845 to 1900.  Scott's Tower, built by Adam Fralick around 1850, may have been the tower that Baker visited.  An advertisement for Scott's Tower notes that "an Old Veteran who received wounds during the midnight struggle at Lundy's Lane, under the command of Gen. W. Scott, will entertain visitors with a true and correct history of the war of 1812-13-14".

The battle of Lundy's Lane was the most violent battle of the War of 1812, with heavy casualties on both sides.  On July 25, 1814, American General Scott led a brigade of about 1000 men from Chippawa along the Portage Road towards Lundy's Lane.  The British had already established their guns on the high ground at Lundy's Lane in anticipation of a possible advance by the Americans.  When the British saw Scott's forces in the evening, they opened fire.    The British General Phineas Riall was captured.  The American Generals Brown and  Scott were severely wounded and were forced to withdraw.   Around midnight, the Americans left, heading towards Chippawa.   They withdrew to Fort Erie, with British General Drummond following and beginning a siege of the fort in August. 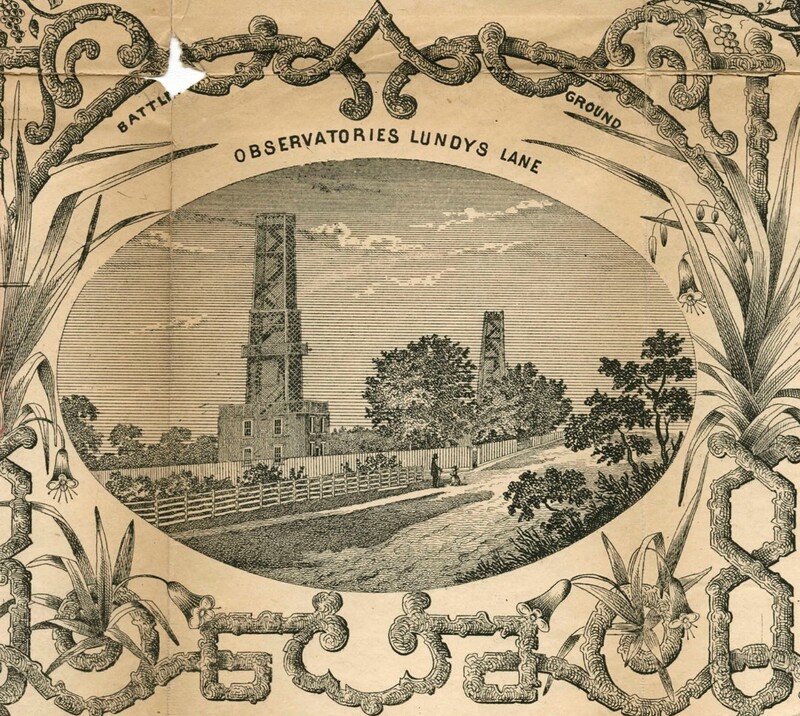