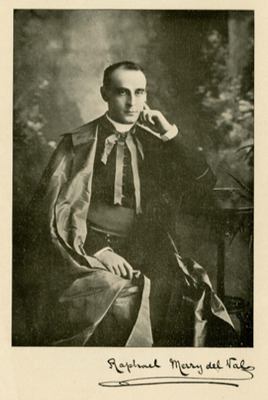 Rafael Merry del Val y Zulueta, OL was a Spanish, Roman Catholic cardinal. He visited Loretto in July of 1897 as a representative of Pope Leo XIII.  The next pope, Pope Pius X is said to have accepted his election as Pope through Merry del Val's encouragement. 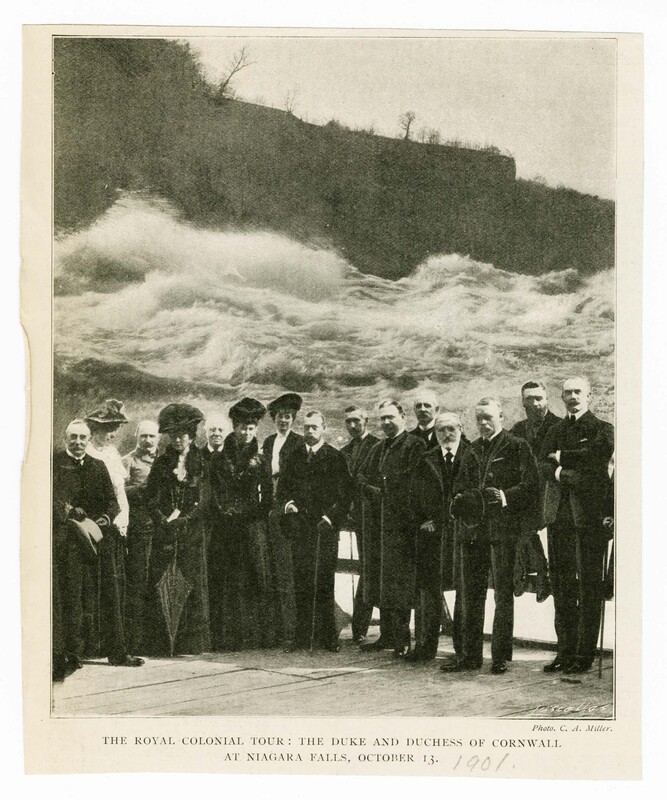 The Duke and Duchess of Cornwall and York

On October 13, 1901, their Royal Highnesses, The Duke and Duchess of Cornwall and York (later to become King George V and Queen Mary) visited Niagara Falls, Ontario. They spent time at Loretto Academy where they were afforded an excellent view of the cataract. Reverend Mother Ignatia was presented to their Royal Highnesses. Miss Frances Le Mesurier, Miss Prudence Van Depoele and Miss Eileen O'Connor gave white roses, edged with maple leaves to the royal couple. The choir sang "God Save the King".  After a luncheon, the party viewed the Niagara River and listened to a rendition of "Ave Maria" which impressed the Duke so much, that he asked for it to be sung again. 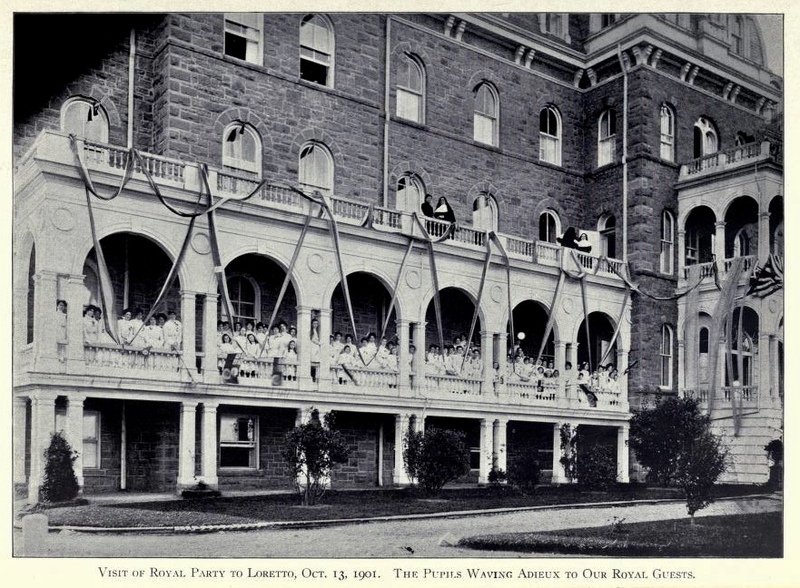 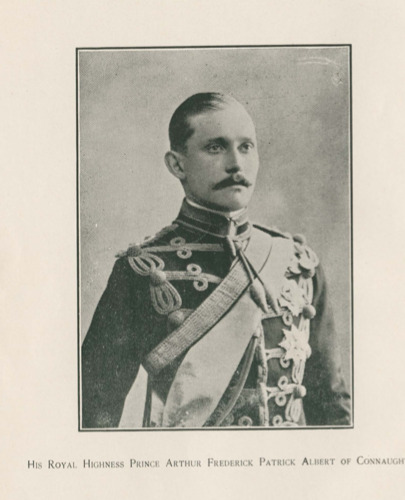 Prince Arthur Frederick Patrick Albert of Connaught was a British military officer and Queen Victoria's grandson. He was  the Governor- General of the Union of South Africa from November of 1920 until 1924. 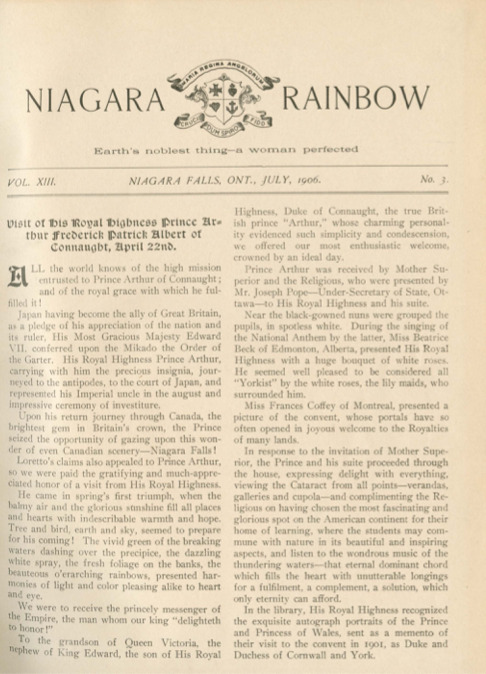 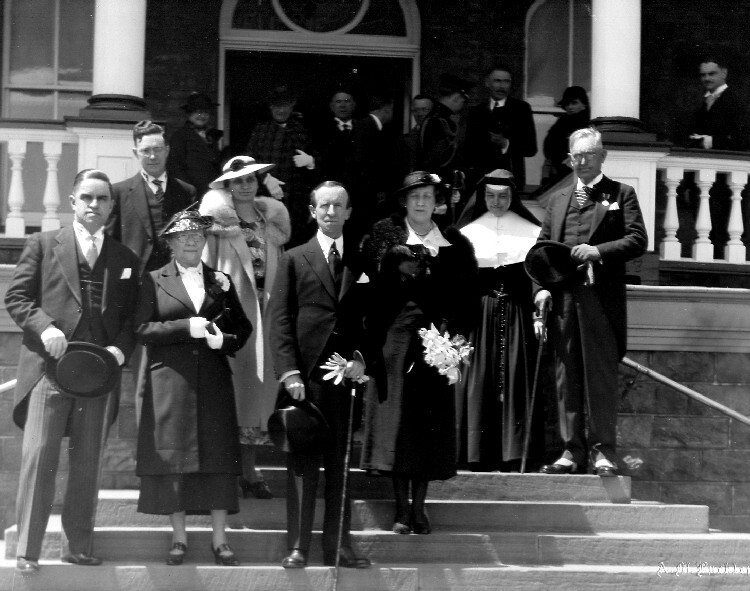 Lord Tweedsmuir and his Party at Loretto Academy, 1936

Lord Tweedmuir  (John Buchan) was a novelist, historian and politician. His most famous book was a suspense novel, Thirty-Nine Steps which was made into a movie by Alfred Hitchcock. Lady Tweedsmuir was also a prolific author under the name Susan Buchan. Lord Tweedsmuir served as the fifteenth Governor General of Canada from 1935 until his death in 1940.