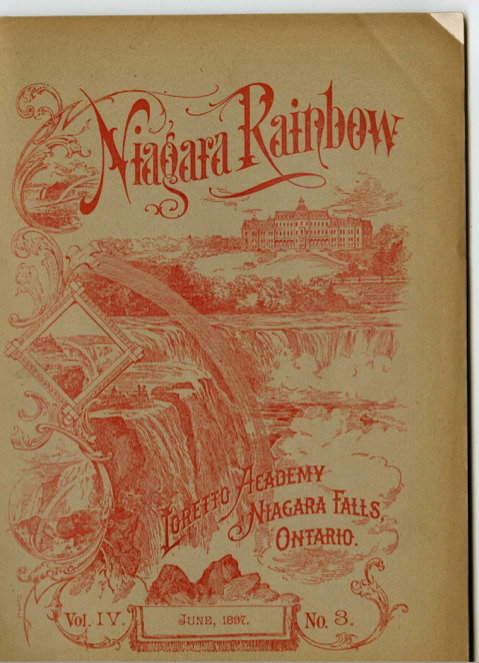 The "Niagara Rainbow" began in 1893 . This was a literary quarterly. Sister Filomena Clancy and six students from Loretto Niagara  published the first "Niagara Rainbow". It continued with this title until July of 1917 when it was just "The Rainbow".  In January of 1918 it became the "Loretto Rainbow" and it was published by Loretto Abbey in Toronto. The "Loretto Rainbow" title reiterated the fact that the periodical  represented Lorettos from all over the world. Part of the philosophy of the "Loretto Rainbow " was to encourage young women writers and to serve as a link between all of the international Loretto schools.  Archives and Special Collections has the Niagara Rainbow, 1893-1906. The call number is PER FC 3140.1 N5 N5