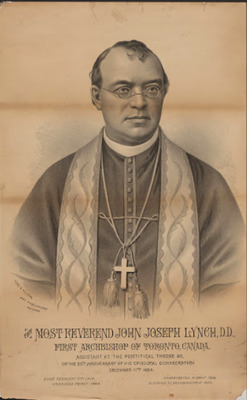 In the 1820s, a young Irish boy named John Joseph Lynch saw a picture of Niagara Falls, and was impressed by its awe-inspiring beauty.  He viewed God through the splendour of nature and the vision of Niagara resonated with him.  As an adult, Lynch became a priest of the Congregation of Missions. He founded a seminary on the American side of the Niagara River. Today, this is the site of Niagara University. Lynch went on to become the Archbishop of Toronto and he obtained land from Peter Skinner who was the  owner of the Canada House Tavern.  The land was on the Canadian side of the Niagara River, above the Horseshoe Falls. Lynch deeded some land to the Loretto community and envisioned the building of three religious sites including Loretto, Our Lady of  Peace Church and Mount Carmel. Our Lady of Peace was formerly St. Edward's Church.  In 1861, Pope Pius IX changed the name to Our Lady of Peace and decreed that the church was a place of pilgimage. The church was under the care of the Carmelites who were building a monastery on the adjoining property. 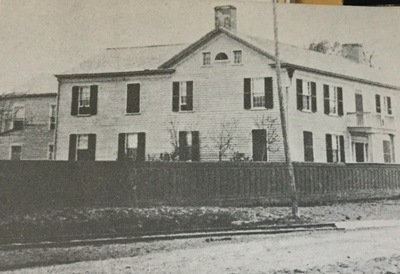 The Canada House Tavern was situated in front of the site where Loretto Academy now stands. In 1861, it was redesigned in order to house five sisters of Loretto who were to make up the community. The Loretto nuns had been in Toronto since their arrival from Ireland on September 16, 1847. The nuns arrived in Niagara on June 6, 1861. The group was led by Reverend Mother Teresa Dease and Mother Joachim Murray, who was to be the superior of the new Loretto. 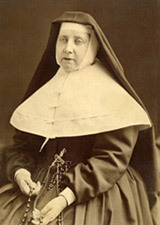 Ellen Dease was born in Naas, in the Republic of Ireland to Oliver Dease and Anne Nugent. She was educated at a seminary for young ladies.  Ellen was fluent in French, Italian and English, as well as being an accomplished musician. She entered the Loretto (now Loreto) Abbey at Rahfarnham. This is where she took the name Mother Teresa. Her focus was on the education of young women.  Mother Teresa Dease was the foundress of the Loretto Sisters Institute of the Blessed Virgin Mary in Canada and North America. In 1889, Mother Teresa Dease was buried on the grounds of Loretto Academy.

School began in September of 1861. There were local students and boarders from Toronto, Guelph and localities across the river. The nuns built a schoolhouse on the grounds near Our Lady of Peace Chruch. The expense of the building, as well as daily upkeep, was paid by the nuns themselves. Their income was sparse so they supplemented it by keeping cows and chickens. In 1869, the north wing of Loretto was built. In 1879-1880 the main building was planned and erected under the direction of Mother Superior, Patricia O'Dea and an architect by the name of Mr. Shanahan. The new building was completed by the beginning of the 1900s and was called the Loretto of the Blessed Sacrament.