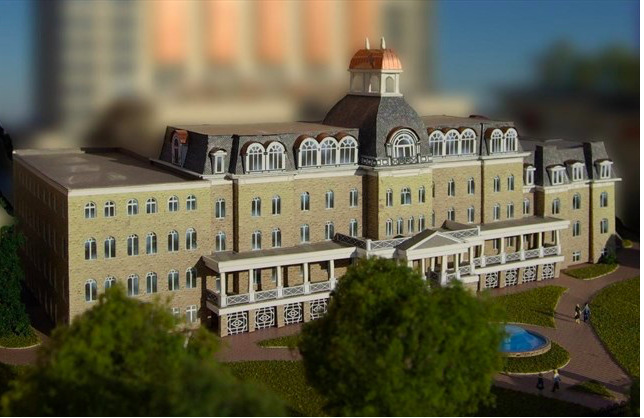 Concept for the Former Loretto Academy in Property Development Plans

The Vancouver-based 3Bridges Properties Corporation is planning  for Loretto to be restored to its former glory to become the lobby and entrance to the Great Falls which would be a three tower and condominium project. According to these plans, the mansard roof and cupola of Loretto would be restored to their original state.

The difficult decision to sell Loretto was based on the fact that the nuns could not pay for the upkeep or renovations that would be needed to keep the building up to modern standards. Local politicians had to decide whether or not to declare Loretto a building of historic significance. Although the building is steeped in history and is an important part of the Niagara landscape, the decision was made not to make that declaration. If the building had been deemed historically significant, the nuns would have lost a great deal of money on the sale price. 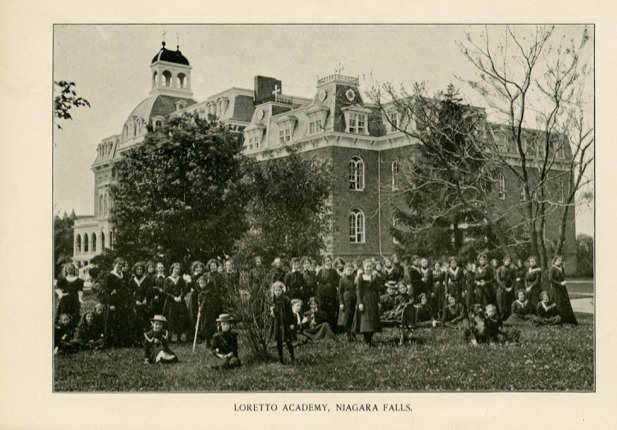 The dream of a young Irish boy came to fruition above the Horseshoe Falls. Loretto's history and legacy will live on in the hearts and memories of everyone who has watched the mist rise and the rainbow shine from the convent which had its humble beginning in 1861.