On January 10, 1938, the students had just returned from their Christmas vacation. They were getting ready to settle in for the night when a fire was discovered. The local fire departments as well as the Niagara Falls, New York fire department responded quickly, but there was a strong wind on that bitter January night and the south wing was aflame in a matter of minutes. There were no lives lost and remarkably, there were not even any injuries.  The nuns led 65 students to safety. Some of the seminarians and boys from Mount Carmel went to the top of the building and saved whatever property they could carry. Damage was set at $350,000 at first, but $650,000 was the final total.

The cause of the fire was never actually formally determined but it was thought to have had its origin in a chute. One theory was that it was a cigarette that started the blaze, but this was disputed by the nuns. The top floor of the building and the cupola were destroyed and were not rebuilt. The north wing was not touched by the fire and the sturdy stone walls of the south wing withstood the flames. Day students continued their classes in the north wing.  Boarders went to Loretto Abbey in Toronto to continue their studies. The sisters of Loretto were overwhelmed by the kindness of the community who gave accommodation and assistance to the nuns and students. Reconstruction was fast and school resumed as normal in September. 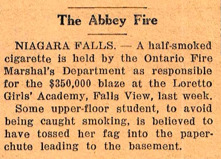 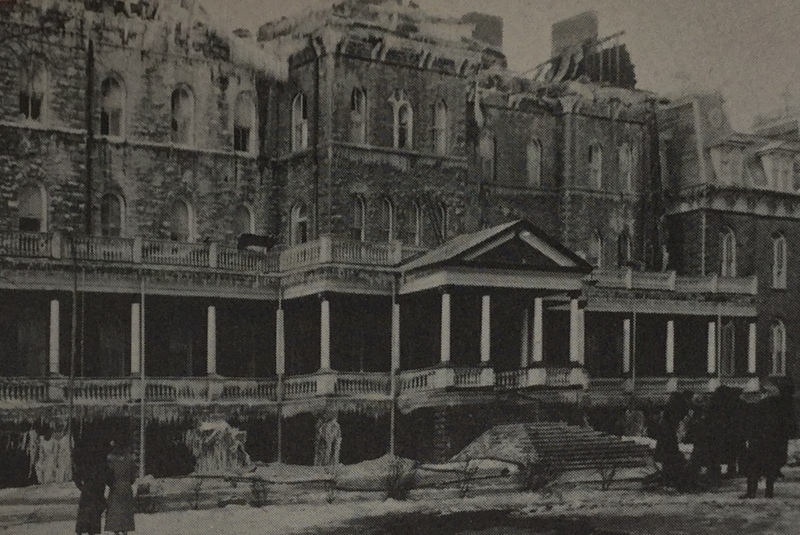 The Aftermath of the Fire

There is an interesting story about a statue that survived the fire. There was a statue of St. Joseph above the rotunda over the front door. The statue was not in the best of shape so it was put in an unobtrusive area at the top of the house. After the fire,  it stood in a precarious place looking like it could easily fall. Everything around the statue had been burned and charred. The statue did not have a mark on it.  There was no sign that the smoke had even touched it. The statue was restored to its original state and given a place of honour. 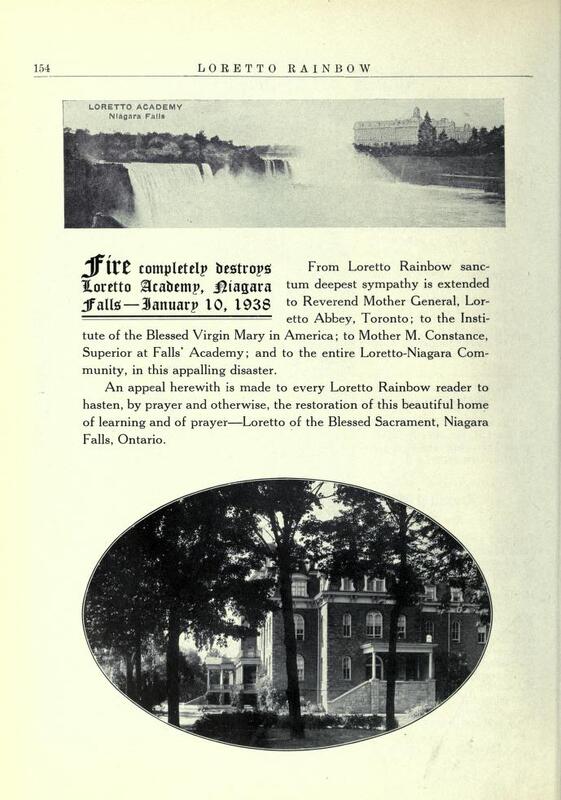 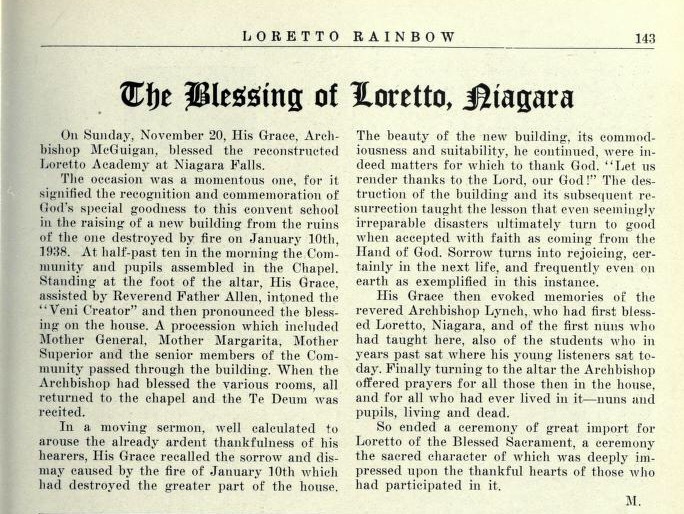 The reconstructed part of Loretto Academy was blessed by Bishop McGuigan on November 20, 1938.