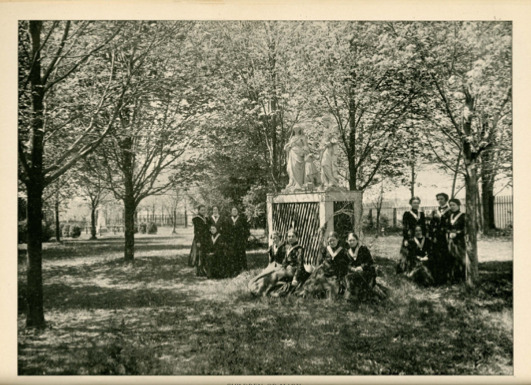 The Children of Mary Sodality was founded in the 1830s by St. Madeleine Sophie Barat who was also the founder of the Society of the Sacred Heart. The members of this society would wear a blue cape which would be removed from over their wedding dresses when they were married.

Loretto Academy, in later years, had two groups dedicated to the Virgin Mary.  There was the Legion of Mary whose aim was the sanctification of its members through prayer, sacraments and devotion to Mary and the Holy Trinity.  Loretto also had a group called Sodality whose policies were geared toward four components including: religion, purity, charity and a social aspect of the club was also deemed important. 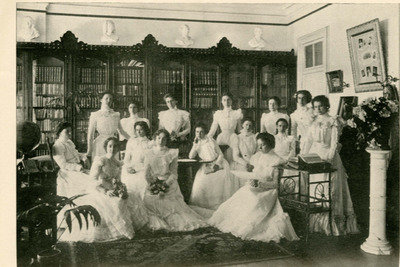 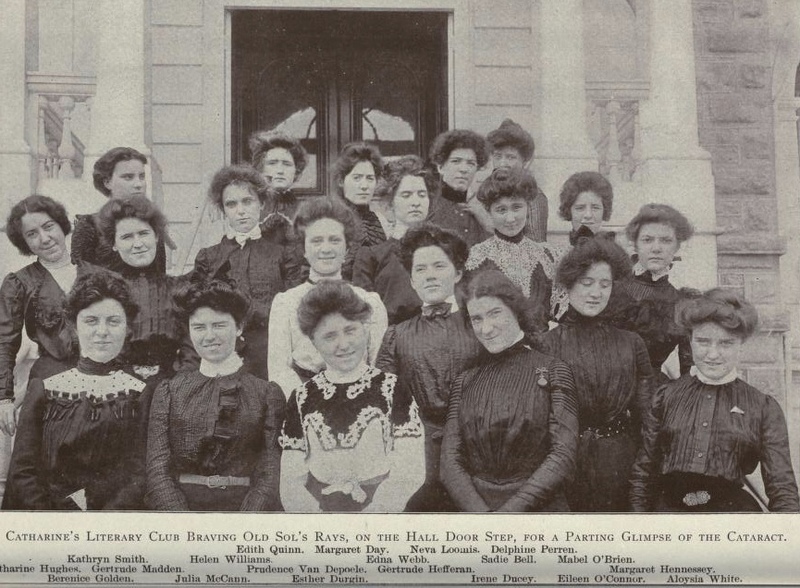 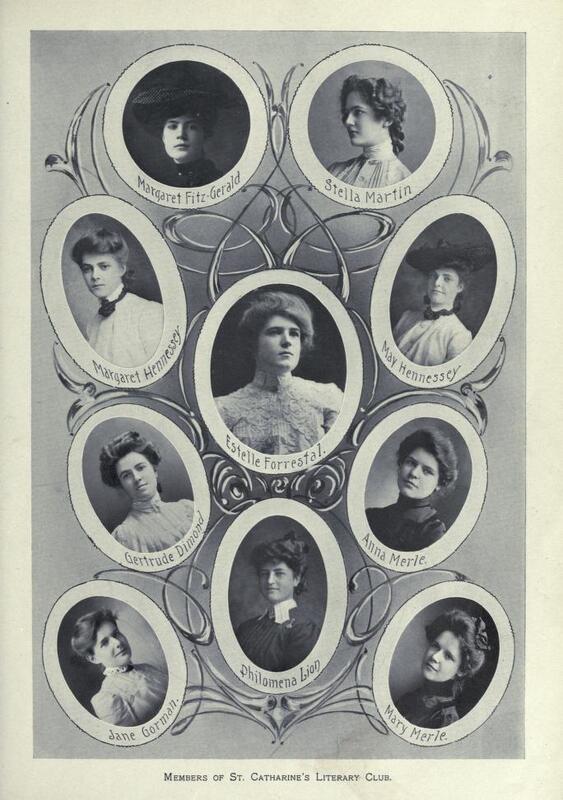 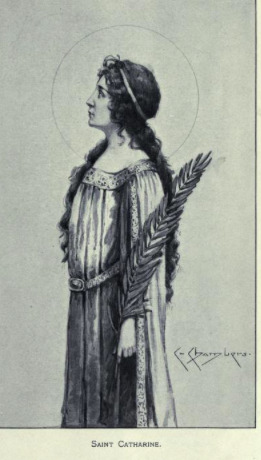 This group is not to be confused with the Women's Literary Club of St. Catharines. This Loretto group was named after their patron saint, Saint Catharine. In 1903, they did a recital of Shakespeare's Macbeth on the feast of Saint Catharine.

The faculty at Loretto praised the members of the club. "The members of  Saint Catharine's  Literary Club deserve and reflect great credit upon themselves and upon their instructors. The noticeable absence of an affectation in all their elocutionary efforts is one of their strongest points, and shows that the girls are possessed of good common sense as well as talent, and that they have instructors who hold them up to high standards." -  from the "Niagara Rainbow" 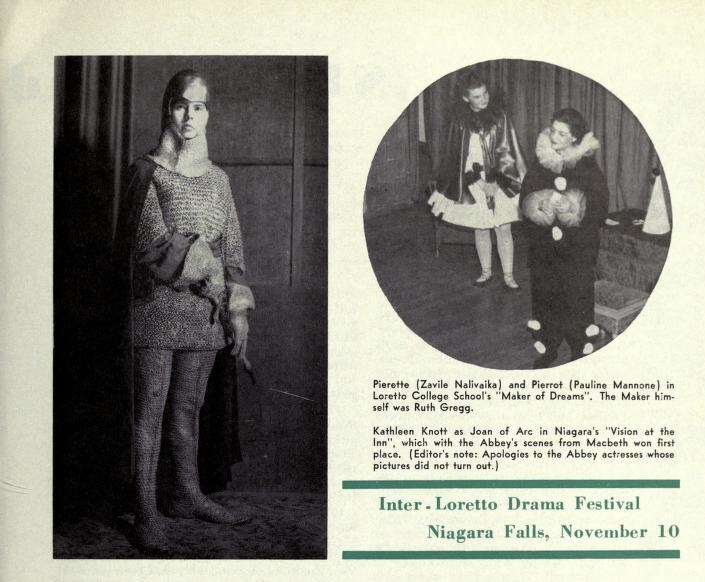 Loretto Academy had a Glee Club, a Drama Club, an Oratorical Club, a Debate Club, a United Nations Club, a Sodality and a Legion of Mary. The Drama Club won many awards both in inter-Loretto and Ontario festivals. The Glee Club made its mark in festivals and teachers coached many soloists and smaller musical ensembles who also excelled in contests and concerts. The United Nations Club, the Oratorical Club and the Debate Club were also recipients of many awards and accolades.