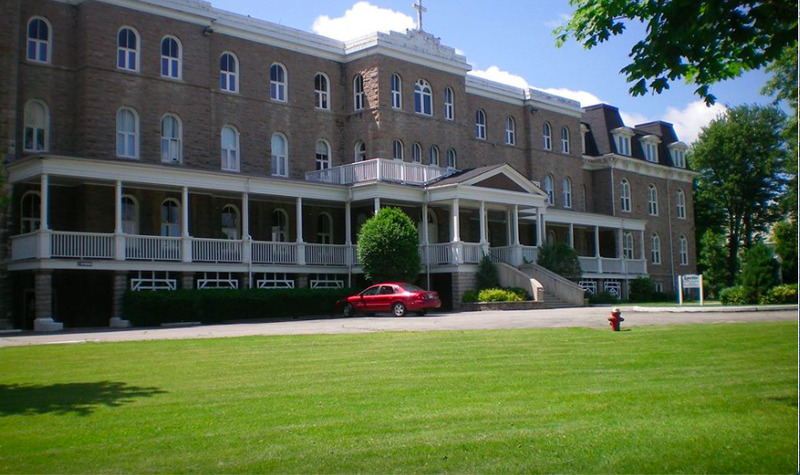 Loretto ceased to be a boarding school in 1969. For the next six years, classes continued for female day students. The school became co-educational in September of 1977. The new name of the school was Loretto High School. The high school closed in 1982. From that time until 2005 the building was known as Loretto Convent and Christian Life Centre. It was used for retreats and outdoor recreational programs. Many students attended SCOEP which was the Spiritual Centre Outdoor Education Program. 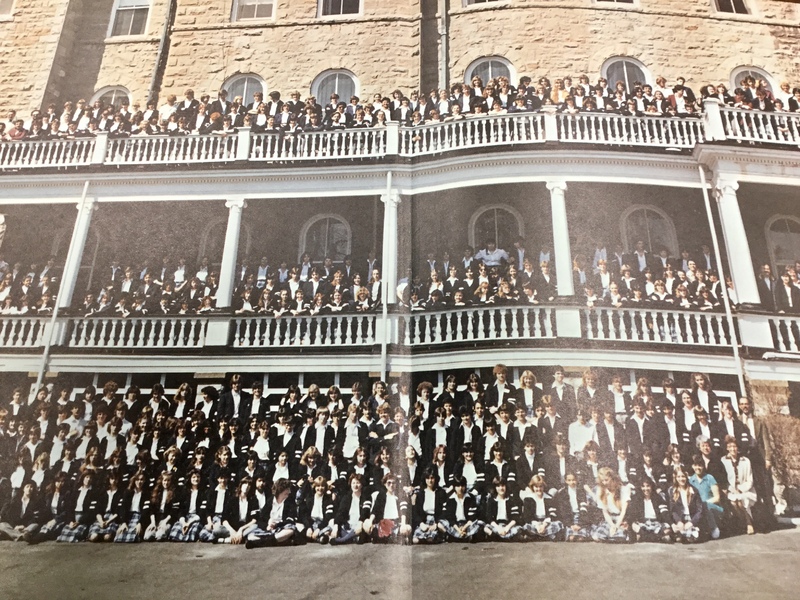 Final Group of Students and Teachers

This photograph is from the 1982 Loretto Yearbook. The title of the yearbook is "Nostalgia 1861-1982: Loretto High School, Niagara Falls".  A copy of this yearbook can be found in Archives and Special Collections with the call number FC 3160.68 L674 1982

A letter from Helen Cameron, IBVM [Institute of the Blessed Virgin Mary]

Teresa [Dease] was always a woman of faith; so are we. We all  know what a privilege and a gift it has been to have a convent overlooking Niagara, to work there, to pray there, to enjoy its beauty. We are now invited to experience a different kind of gift, a more painful one - that of moving forward to another form of mission, a work that is still not clear? Are we meant to be like the waters of the Niagara River,  always on the move? 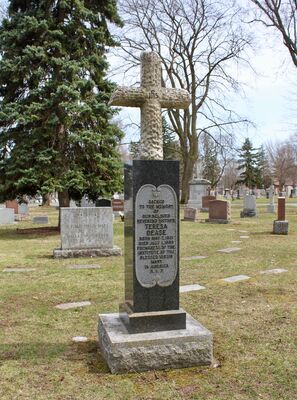 In 2005, Mother Teresa Dease was reinterred at Fairview Cemetery, Niagara Falls. Loretto Academy had been her resting place since 1889.