The story of Lake Lodge School wouldn't be complete without a page about Gladys. Gladys was the only daughter of Principal Drope and his wife Julia Nelles Drope. She was the only female  student at  Lake Lodge School. This is Gladys' entrance exam. Note the comment about her conduct. Gladys was very close to her father and this is evident in the William Henry Nelles Hull Family fonds. 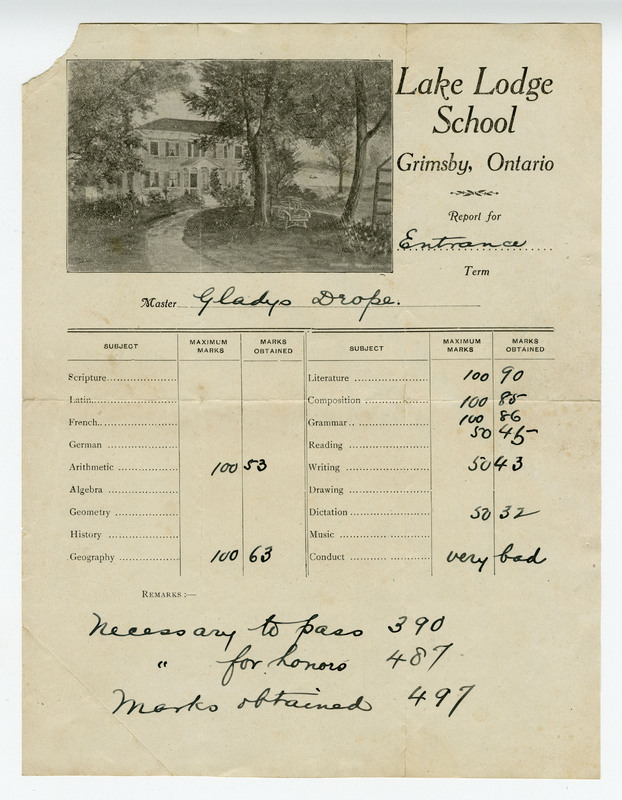 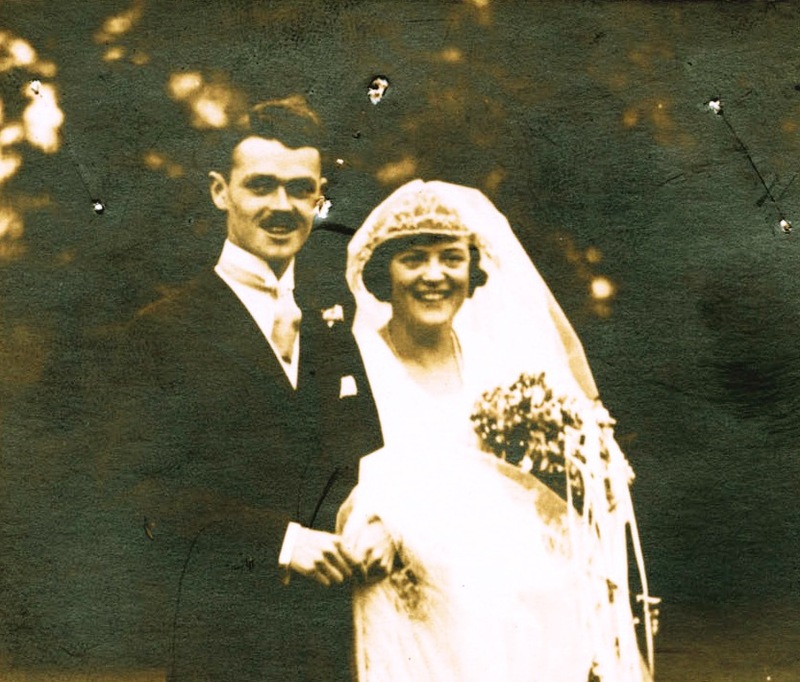 Gladys married Edward Hull in 1925. Edward Henry Hull was the son of Edward Hull and Annie Henry Hull. He was born in Garnett, Ontario and educated at Dartmouth University in New Hampshire as well as Toronto University. He served with the Royal Hamilton Light Infantry and spent 11 years as an English and Classical Master at Lake Lodge School in Grimsby, Ont. Edward and Gladys moved to Walkerville where he became the Eastern Canada representative for Gooderham and Worts. He died suddenly in 1942.  Gladys was an active member of the Imperial Order Daughters of the Empire (IODE). She was also a local volunteer and avid promoter of the Town of Grimsby. Ed and Gladys were survived by two sons, William and Frank.