Harold Bradley was born in Niagara Falls, Ontario in 1906. He was the son of a former ballplayer and a music lover. Up until the age of 20, he was determined to be a baseball player although he excelled at music. Bradley was accepted at Oxford University but musician friends convinced him to audition for Isidor Philipp in Paris. Philipp’s teachers included Heller (whose teaching lineage included Czerny and Beethoven), Mathias (whose teacher was Chopin), and Saint-Saens. To his amazement, Bradley was accepted by Philipp and chose lessons with him rather than an Oxford education. While being trained by Philipp, Bradley realized that all pianists, despite their natural inclinations, become right-handed musicians with weak left hands. Bradley was interested in the idea that both hands should be trained equally from the very beginning. This became the main premise behind the Bradley philosophy and The Bradley Institute was founded in 1930 in Paris by Isidor Philipp and Harold Bradley. Bradley also believed that music was taught too mechanically e.g. students memorized the pieces without truly hearing the music. Bradley and Philipp understood that music develops the left and right sides of the brain and everyone has musical ability if it is nurtured at an early age. At first, critics were skeptical about Bradley’s ideas but by 1932 there were many offers from universities who became interested in the study of the two sides of the brain. The 1930 program was moved to North America (Philipp escaped from Paris in 1940) to Niagara Falls, New York and subsequently to Niagara Falls, Canada.

Some of Bradley's students included Grace Barnes; Steven Bianchi who was the founder and director of the Amherst School of Music; Carolyn (Thomas) Goerzen who went on to become the president of the Bradley Institute; Paul Dyster who was the Mayor of Niagara Falls, New York and Marcangelo Perricelli who is a composer and recording artist. Harold Bradley also served on the Niagara Falls Board of Education for 24 years. 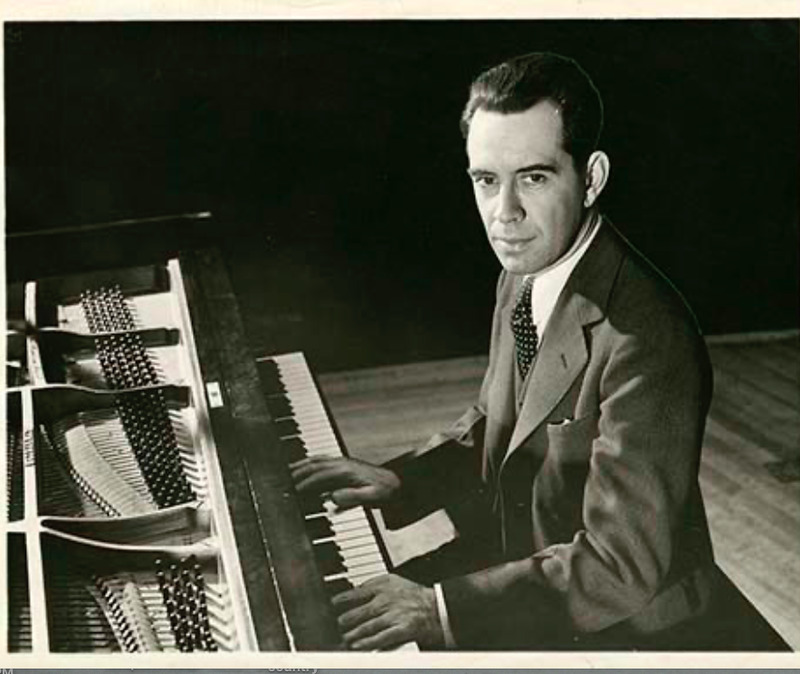 Harold Bradley at the piano