Deryck Aird was a founding member of the Bradley Institute where he taught and performed for over fifty years. He was born in Canada but was raised and educated in the United States. He served in the Army Air Corps in Newfoundland and taught music in Orchard Park, New York. His long list of accomplishments includes: being a violinist in the Buffalo Philharmonic Orchestra and serving as the concertmaster of the Niagara Symphony for twenty years. He also was a concertmaster of the St. Catharines Symphony Orchestra and he served on the faculty at Brock University. He was a pioneer of Baroque music in Canada and was the organist and choirmaster at the First Presbyterian Church in Niagara Falls, New York for more than thirty years. Many musicians attribute their knowledge of music to Deryck. He was very talented and well respected. 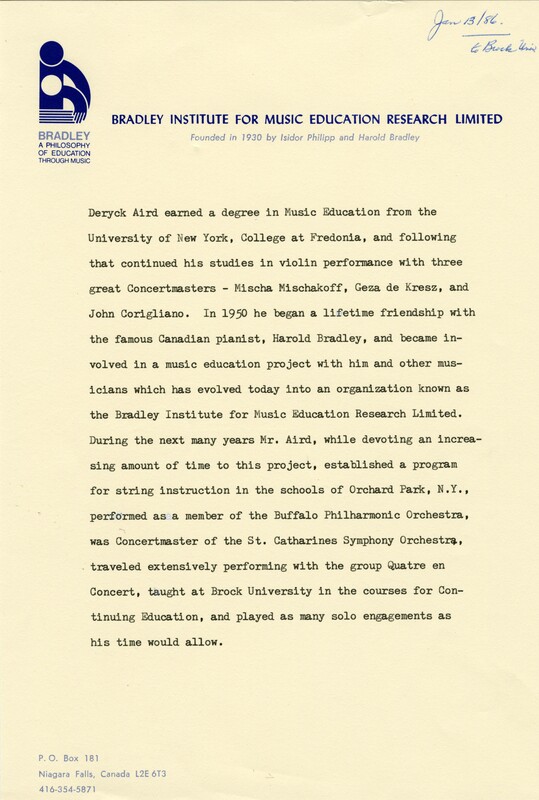 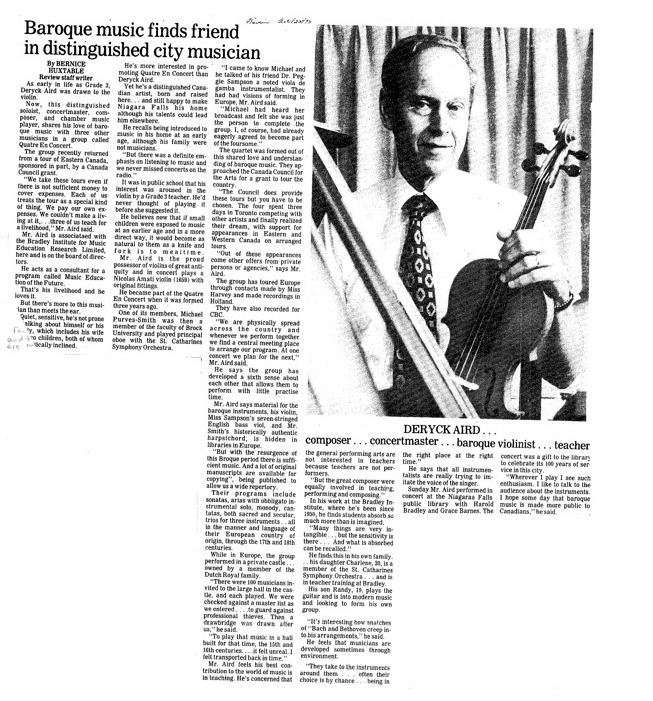 Article which appeared in the Niagara Falls Review, 1978 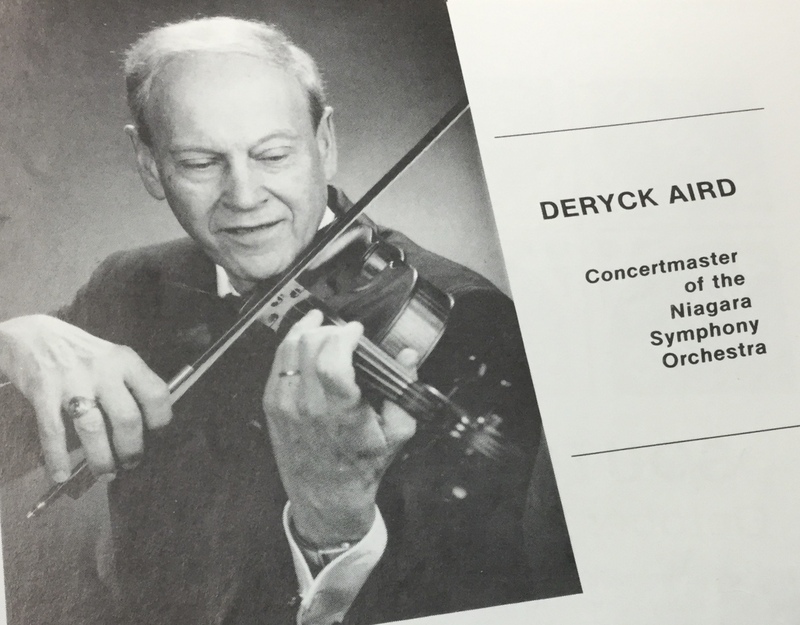