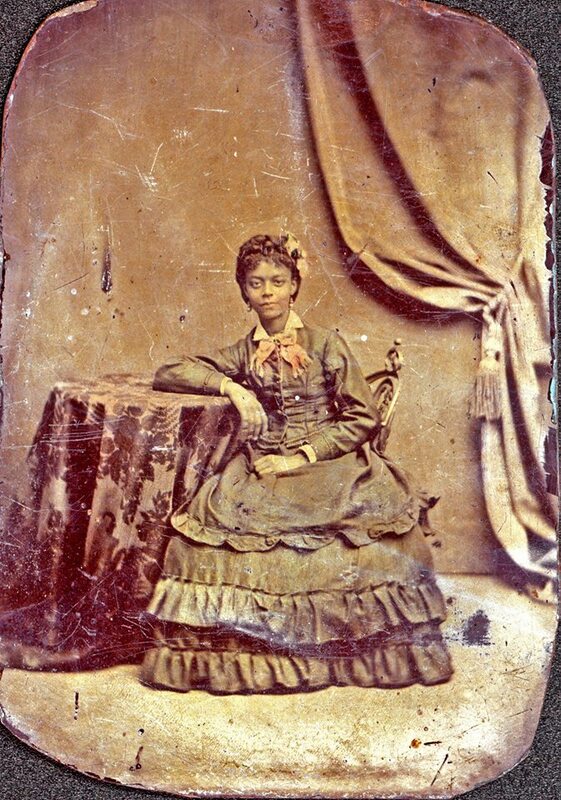 Tintype photo of an unidentified woman

This tintype photo of an unidentified woman was donated by Rick Bell via his mother Iris Sloman Bell of St. Catharines. The woman photographed is likely a relative of the Bell or Sloman families who include descendants of slaves from the United States who escaped to Canada and settled in the St. Catharines area. This image appears in the current issue of MacLeans Magazine which celebrates Canada's 150th anniversary.