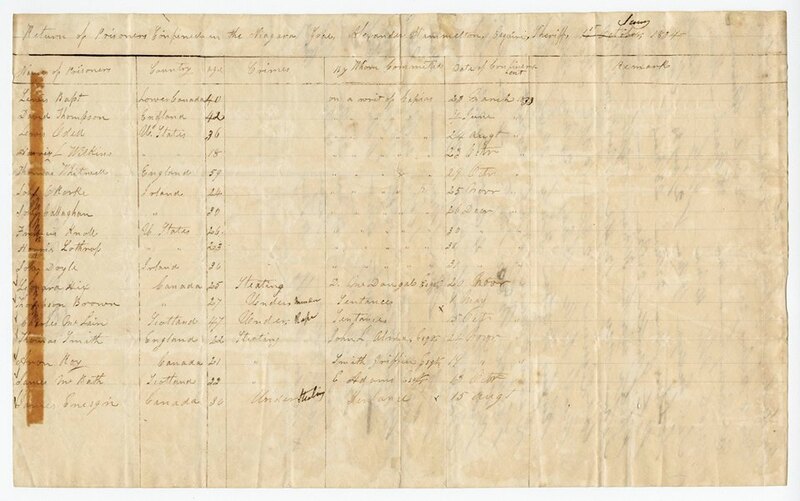 List of Prisoners in the Niagara Gaol by Alexander Hamilton

The hit Broadway musical "Hamilton" is currently in Buffalo. It tells the story of Alexander Hamilton - a statesman and one of the founding fathers of the United States.

Niagara had its own Alexander Hamilton 200 years ago. Born in Queenston in 1790 to Robert and Catherine Hamilton, Alexander was educated in Niagara and Scotland. After participating in the War of 1812, he had several business enterprises and held a number of civil positions including sheriff, postmaster, surrogate court judge, customs officer, steward and justice of the peace. In 1834, Hamilton started the construction of the Willowbank mansion that still stands today.

If someone creates a hip-hop musical about our Alexander Hamilton, I would buy tickets.

This is part of a two page list of prisoners confined to the Niagara Gaol in 1834 when Hamilton was serving as sheriff. This item and other local records such as invoices, broadsides, and professional documents make up the Alexander Hamilton Collection in the Brock University Archives.  http://dr.library.brocku.ca/handle/10464/13392