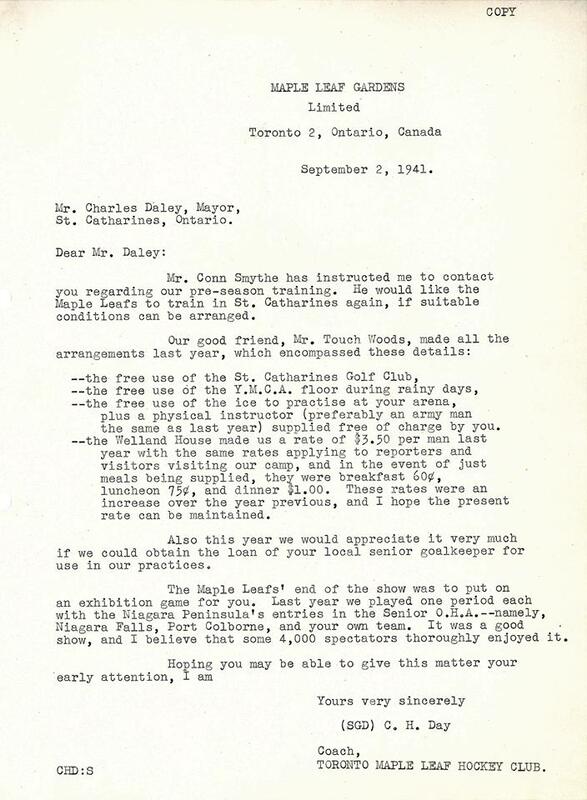 The All-Star game is over and the second half of the NHL season is about to begin. Since the Maple Leafs are playing tomorrow, it seemed appropriate to highlight this letter we just found in the Archives.

In 1941, the Leafs coach Hap Day, under the direction of Conn Smythe, wrote St. Catharines Mayor Charles Daley for permission to come to the city for pre-season training. It appears that the Leafs had done this in previous years. Day listed a number of conditions if the team were to come again:
- free use of the St. Catharines Golf Club
- free access to the YMCA on rainy days
- free use of the ice for practice along with a physical instructor (preferably an army man)
- a local, senior goaltender for practices

In return, the Leafs would hold an exhibition game against three local teams - one team per period. In the past, these games drew 4000 people to the arena.

Things must have gone well that September because the Maple Leafs won the Stanley Cup that year.

This letter and others can be found in the City of St. Catharines collection in the Brock University Archives. https://tinyurl.com/yab67uxy
#torontomapleleafs