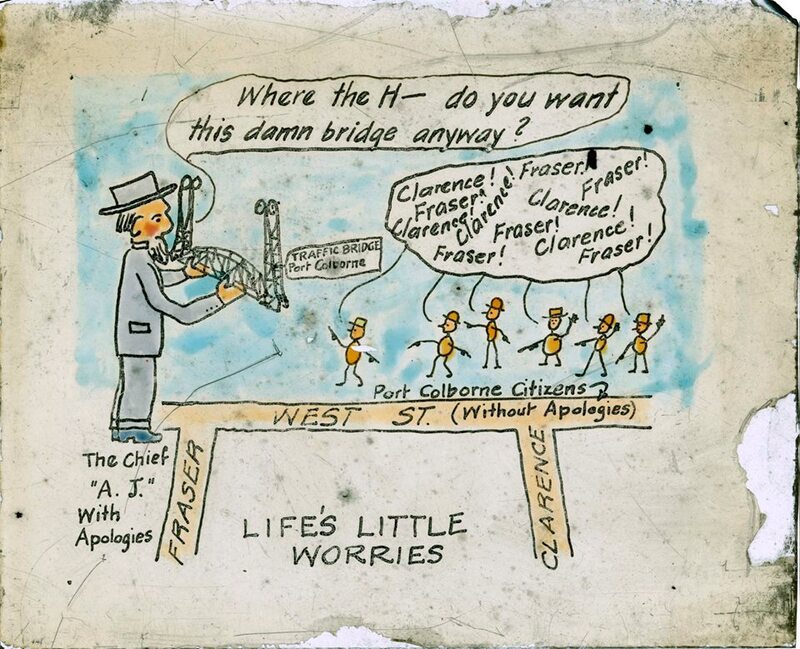 Glass Slide displaying the construction of the Fourth Welland Canal

A great debate! Where to place the lift bridge in Port Colborne in the 1920s? According to this cartoon, the citizens of Port Colborne were of two minds - Fraser Street or Clarence Street. It appears that Chief Engineer Alexander J. Grant was stuck in the middle of this dispute.

This is one of several glass slides of the construction of the Fourth Welland Canal found in the Brock University Archives and the only cartoon in the collection. http://dr.library.brocku.ca/handle/10464/12486