The Cholera Outbreak of 1832

It often takes a big scare for people to get their acts together. And it took a major cholera epidemic that killed thousands in Canada to get Niagara to establish a Board of Health.

In 1832, cholera was spreading quickly across the world particularly in towns and cities by the water. In June, the Town of Niagara announced a formal Board of Health for the area with branch boards at Queenston, Chippewa, Waterloo Ferry, Port Dalhousie, and along the Welland Canal. All steamships and other vessels coming into port had to anchor 50 yards from the shore until it could be visited and certified by a board officer. Keep an eye out for yellow flags when you are at sea.

This is a broadside announcement of the Niagara Board of Health in 1832 complete with the names of the people who would serve on the boards at each port. This can be found in the Brock University Archives. 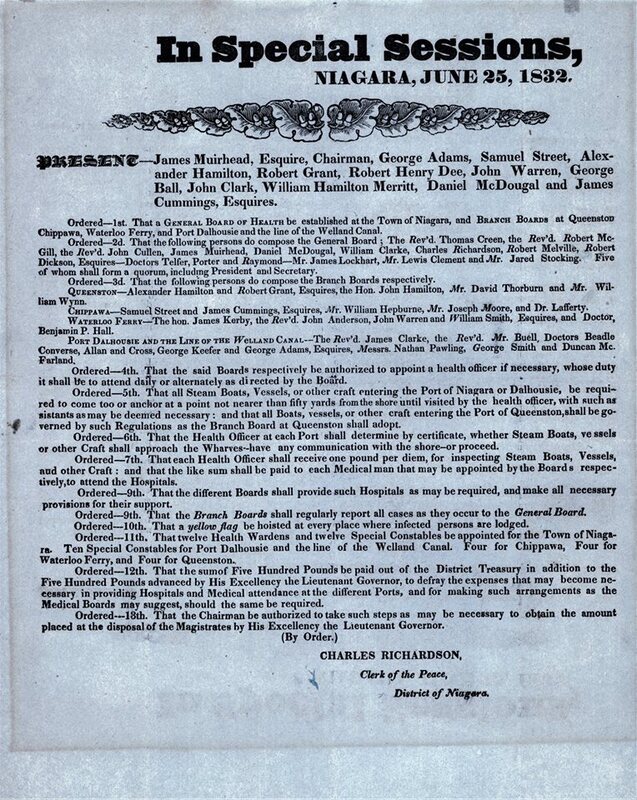 A poster announcing the Cholera Epidemic