In 1896, the Toronto Globe ran an article called " Chit Chat for Summer Days" wherein a group of cyclists/ journalists toured through Niagara beginning at Queenston. There is mention of the Battle of Queenston Heights and Isaac Brock. But when the party rode through St. Davids, all that was noted was old mills and a bridge. This irked a member of the Woodruff family.

"I could not but notice and deplore the want of historical knowledge displayed by your correspondent,"

the draft of the letter to the editor began. The letter continued to describe how involved St. Davids was during the War of 1812. Its citizens were at Queenston Heights, the town was burned by the enemy, and artillery companies and 'friendly Indians' encamped in the orchards supported by the town. This note is an homage to the bravery of those who lost and sacrificed so much during the war.

This is only a draft of the actual letter. It is rough in places. But you can see the heart and pride of its author.

The entire letter can be found in the Woodruff Collection in the Brock University Archives. http://dr. library.brocku.ca/handle/10464/7655 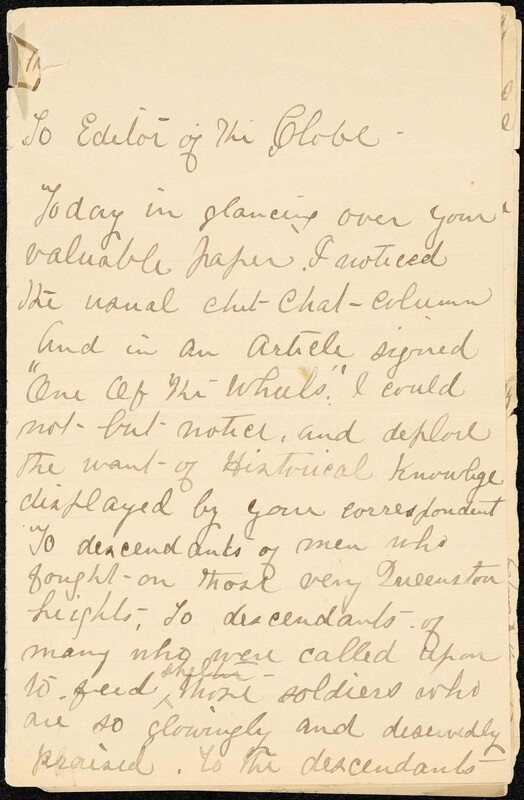