Phrenology in the 19th Century 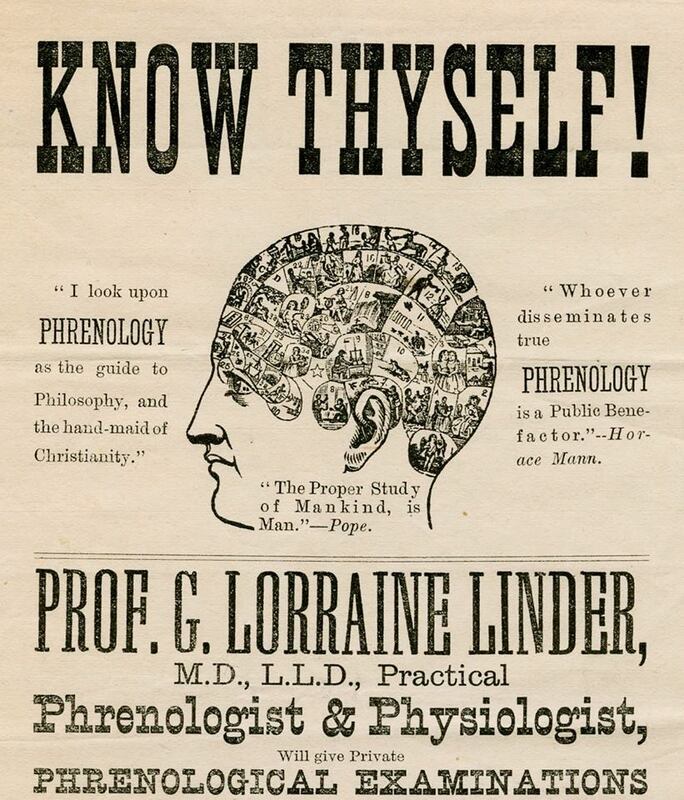 "PHRENOLOGY, n. The science of picking the pocket through the scalp." ~ Ambrose Bierce.

Phrenology is an old pseudoscience that claims that a person's dominant traits and character could be known by studying the bumps on one's head. For a time, it was widely popular before being scientifically dismissed by the mid to late 19th century. Phrenologists would travel from town to town conducting readings and giving advice... for a fee of course.

In 1875, Professor G. Lorraine Linder came to the Adkins Hotel in Smithville to provide his phrenological services to the community. To quote the advertisement, "...be warned in time, Success and Failure, Joy and Misery are before you and by the aid of Phrenology you may choose between them... DELAY MAY BE RUINOUS."

This ad can be found in the Archives at the Brock University Library - https://dr.library.brocku.ca/…/104…/13465/Advertisement.jpg…