"To whom it may concern... William Van Every is a good dude. Give him some land."

This sums up this certificate of military service for William Van Every. It was written and signed by Lieutenant Colonel John Butler on 24 June 1784.

Originally from Lunenburg, New York, William, four of his brothers and his father were all part of the Butler's Rangers who fought for England during the American Revolution. For this loyalty, the Rangers received land to settle on in Upper Canada - predominantly in Niagara.

A document like this helped these men and their families acquire the land from the government. William "has served honestly and faithfully three years and in consequence... is intitled [sp.] by his Magisties late order to the portion of land allotted to each private soldier in the provincial Corps who wishes to become a settler..." William was granted 200 acres in Thorold.

John Butler must have written many such letters as there were over 900 people who served in Butler's Rangers during the Revolution. This particular document was completed the day the Rangers officially disbanded.

This record and other Van Every materials can be found in the Brock University Archives. 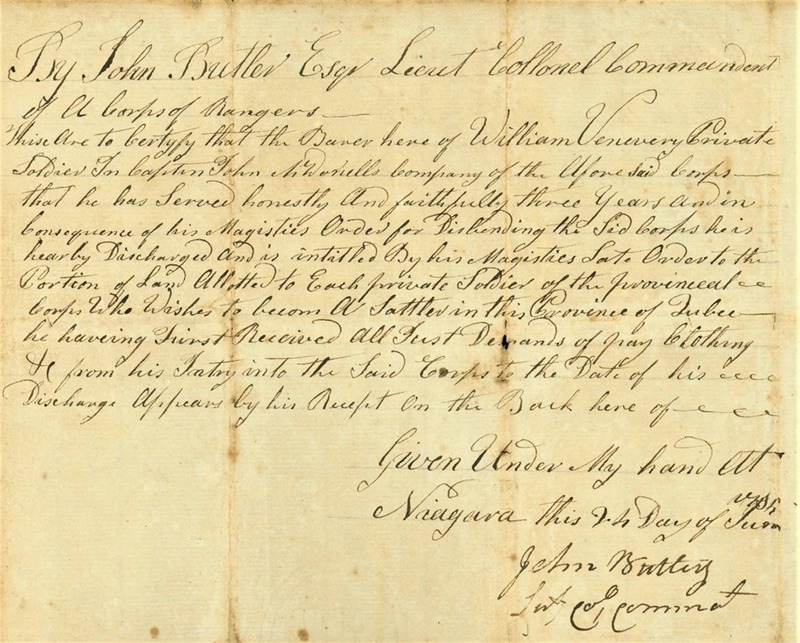