My Dear Daughter: A WWI Letter 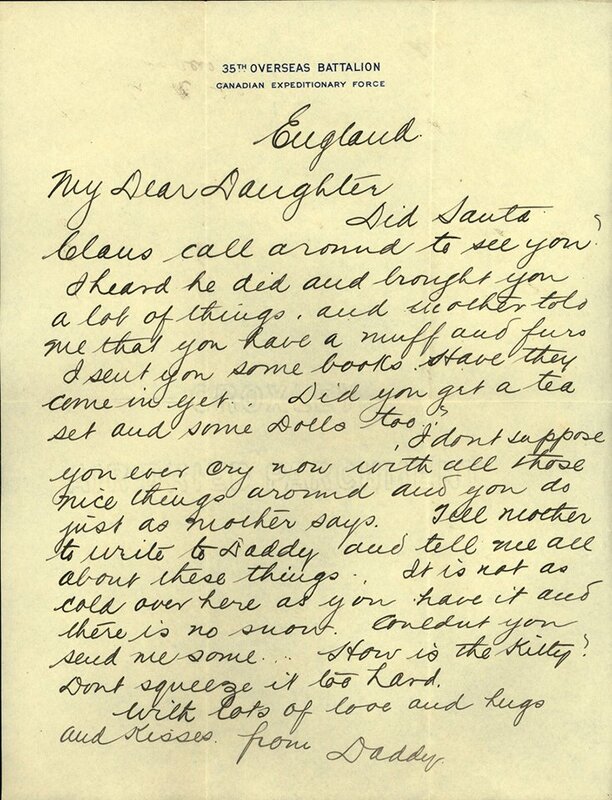 "My Dear Daughter. Did Santa Claus call around to see you?"

This is the opening line of a sweet letter written by Lt. Col. Frank C. McCordick to his daughter Doris. The letter goes on asking about her gifts, reporting on the lack of snow in England, and telling her to mind her mother. He ends with an affectionate, "With lots of love and hugs and kisses from Daddy."At the time, McCordick was stationed in England commanding the 35th Battalion of the Canadian Expeditionary Forces during WWI. During the war, he also became the only Canadian to lead a British regiment in action.

Upon his return to St. Catharines, McCordick took an active part in civil life. He became alderman and mayor of the city and joined a number of community and social groups.

This letter can be found in the Anne McPherson family collection in the Brock University Archives.
https://dr.library.brocku.ca/handle/10464/5448