"Van-Guard": A World War I poem 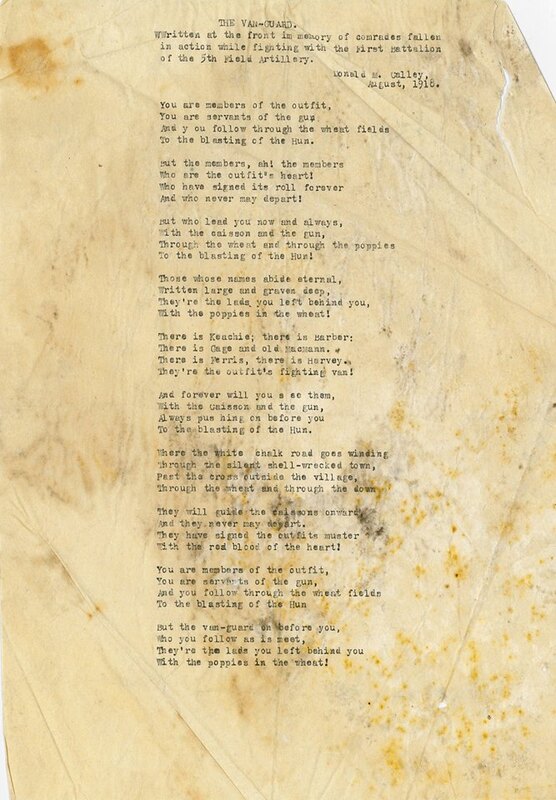 Arthur Schmon, one of the founders of Brock University, was stationed in France during World War I. Among the letters from his sweetheart, military orders, maps and photos that he carried with him in the trenches, Arthur also collected poetry written by his fellow soldiers.

This 1918 poem entitled "Van-Guard" was written at the front by Donald M. Calley in memory of his fallen comrades while fighting with the First Battalion of the 5th Field Artillery.

The Arthur Schmon Collection can be found in the Brock University Archives - http://dr.library.brocku.ca/handle/10464/5749