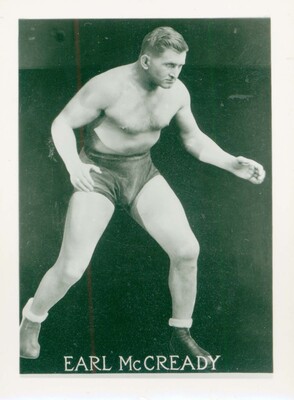 These cards come from a collection of 42 wrestling cards. Many of the wrestlers worked in the Niagara area from the 1930s through the 1960s.

Earl McCready  (1905-1983) was born in Lansdowne, Ontario and won three straight NCAA wrestling championships in the 1920s. He was dubbed the greatest amateur wrestler Canada ever produced. He went on to compete for Canada at the 1928 Summer Olympics in Amsterdam. He later became a pro-wrestler. 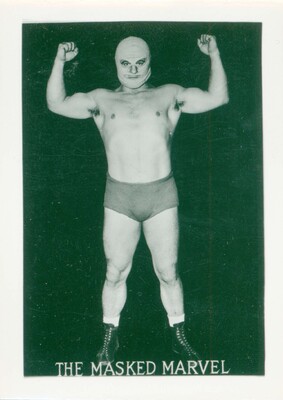 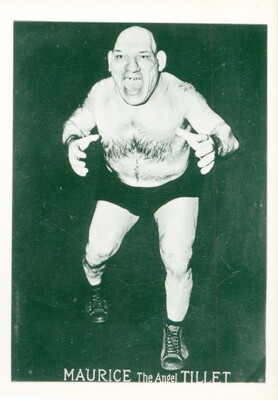 Maurice "The Angel" Tillet  (1903-1954) was born in France and moved to North America to start a wrestling career. He suffered from acromegaly which is caused by a benign tumor on the pituitary gland causing bone overgrowth and thickening. He was twice named World Heavyweight Champion by the American Wrestling Association. 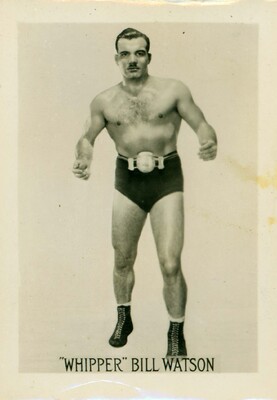 "Whipper" Billy Watson 's real name was William John Potts. He was born in East York, Ontario.  He was a two time world champion and is in the Canadian Wrestling Hall of Fame. He was born in 1915 and died in 1990. 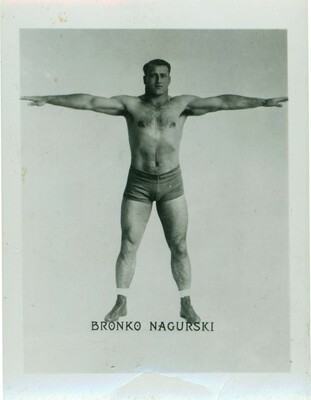