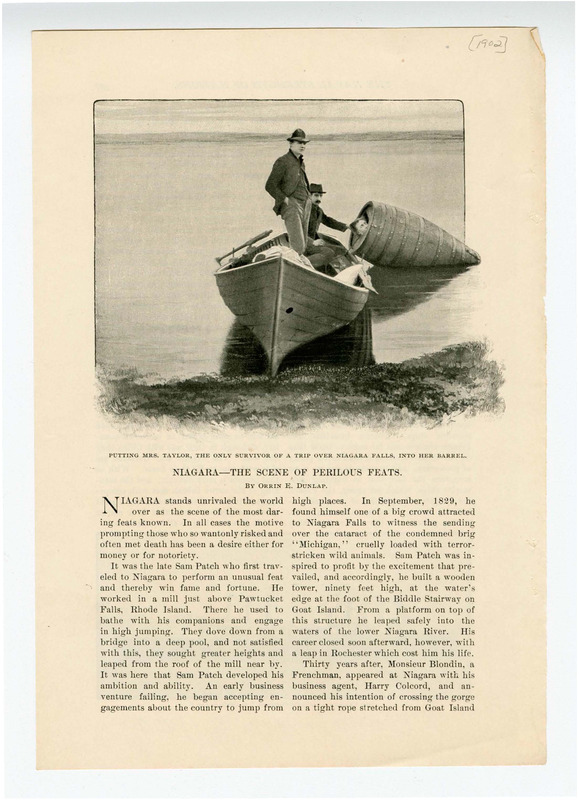 Niagara – The Scene of Perilous Feats 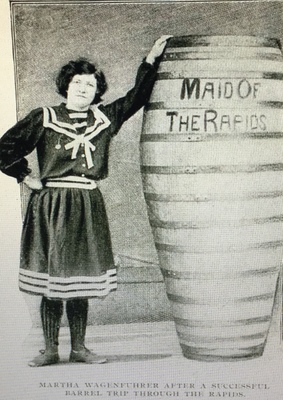 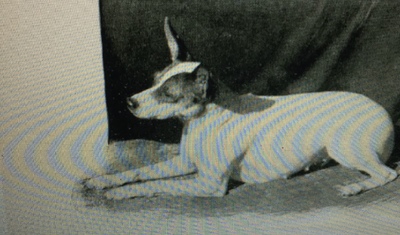 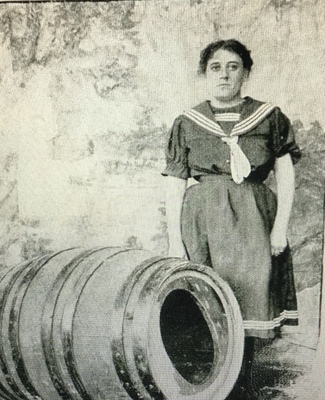 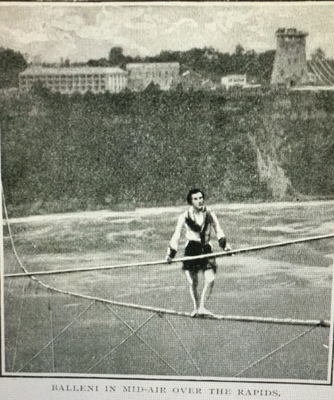 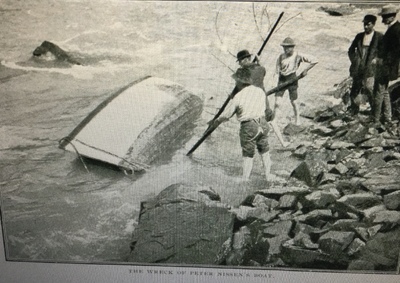 The Wreck of Peter Nissen's Boat 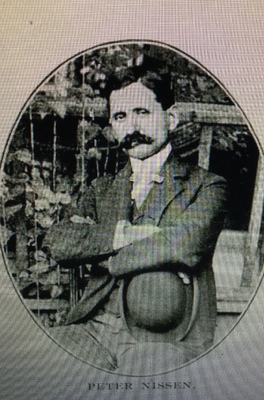 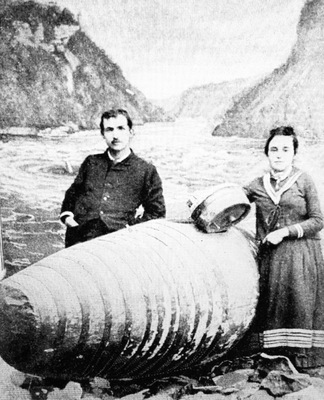 This article by Orrin E. Dunlap focuses on Niagara daredevils. The interesting thing about the piece, is that it brings to light a lot of the lesser-known people who challenged Niagara Falls.

Martha Wagenführer was the first woman to ride a barrel through the rapids and whirlpool alone - she survived.

Maud Willard suffocated in her barrel, but her dog survived the ride.

Signor Balleni  [usually spelled Bellini] was a tightroope walker.  In 1873, Steve Peere [Peer],  a painter from Drummondville helped him to set up his cable, then Steve jumped fearlessly out on the rope and began to walk. In a fit of rage, Balleni began to cut the cable. Peere lived, but Balleni's career was over.  A few years later, Peere crossed the river on a finer cable than the others had done. Three days later,  he was found dead on the river bank. It was presumed that he had tried to walk the cable at night, with his boots on while intoxicated.

Peter Nissen rode the rapids in a boat - he survived by getting out onto a rock.

Captan Webb unsuccessfully tried to swim against the currents in the Niagara Gorge.

George Hazlett and Sadie Allen rode a cask through the rapids and whirlpool and survived.

Charles D. Graham swam from the whirlpool to Lewiston.