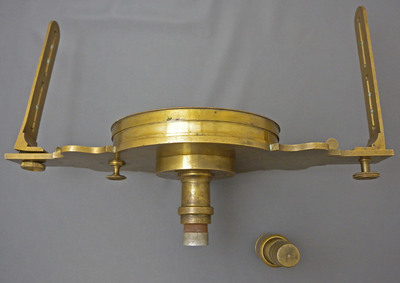 This is a brass surveyor's compass . The brass dial was signed by G.W. Blunt of New York. This belonged to Samuel DeVeaux Woodruff who was a civil engineer. It also belonged to R. D. Woodruff who was also a civil engineer. Samuel D. Woodruff had an engineering firm on King Street, St. Catharines. He was involved in the founding of the Lincoln Paper Mill in Merritton and served as the Chief Engineer of the Port Dalhousie and Thorold Railway. He was instrumental in the planning of the Port Robinson and Thorold macadamized roads. He was one of the founding members of the Long Point Company in Norfolk County and was involved with the management and construction of the second Welland Canal. Mr. Woodruff was appointed Assistant Engineer on the Welland Canal and took over as Superintendant of Works, a position he held until 1869. 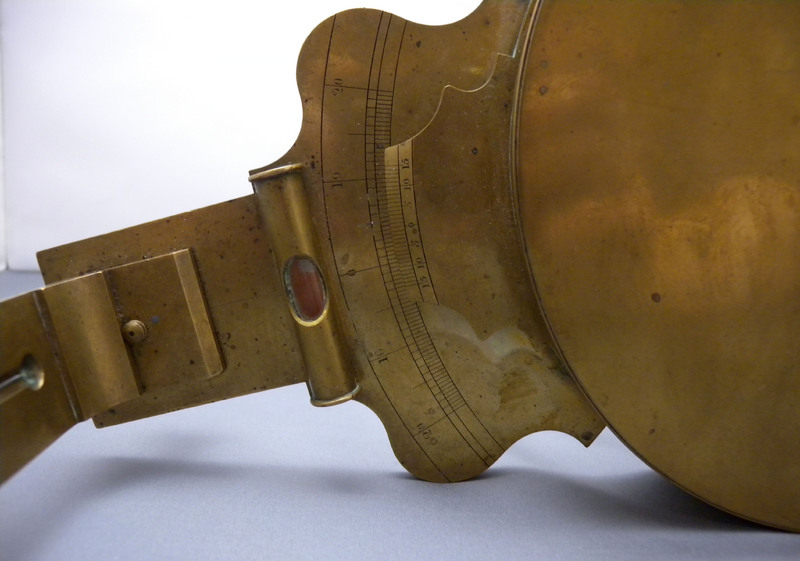