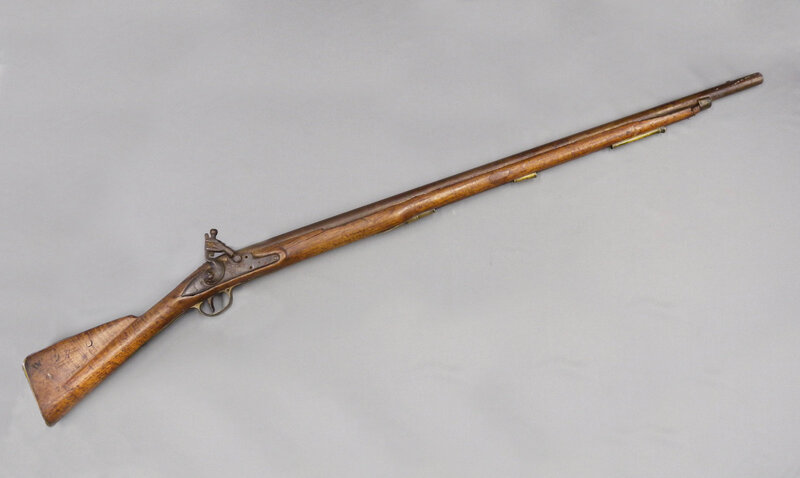 This original Brown Bess musket is an East India Pattern musket (3rd model) as it has a 39 inch barrel, a brass side plate on the opposite side of the lock and has no tail to it. The tang on the butt plate is also short. The lock mechanism reveals that this musket has been converted to a percussion cap musket, which became popular in the 1820s. It was assembled at the Tower of London and is engraved with a crown, "GR" and an "X", on the top of the barrel. There is also a ".W. Reg.t" marking on the side of the barrel. This rare musket is typical of the muskets carried by British and Canadian soldiers during the War of 1812 and the Rebellion of 1837. 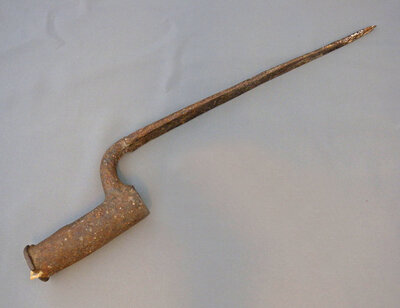 This Brown Bess socket mount bayonet is also an original and is a vintage War of 1812  item. It was purchased in the Niagara area and likely has a long local provenance.